Listen to the interview on London Morning here 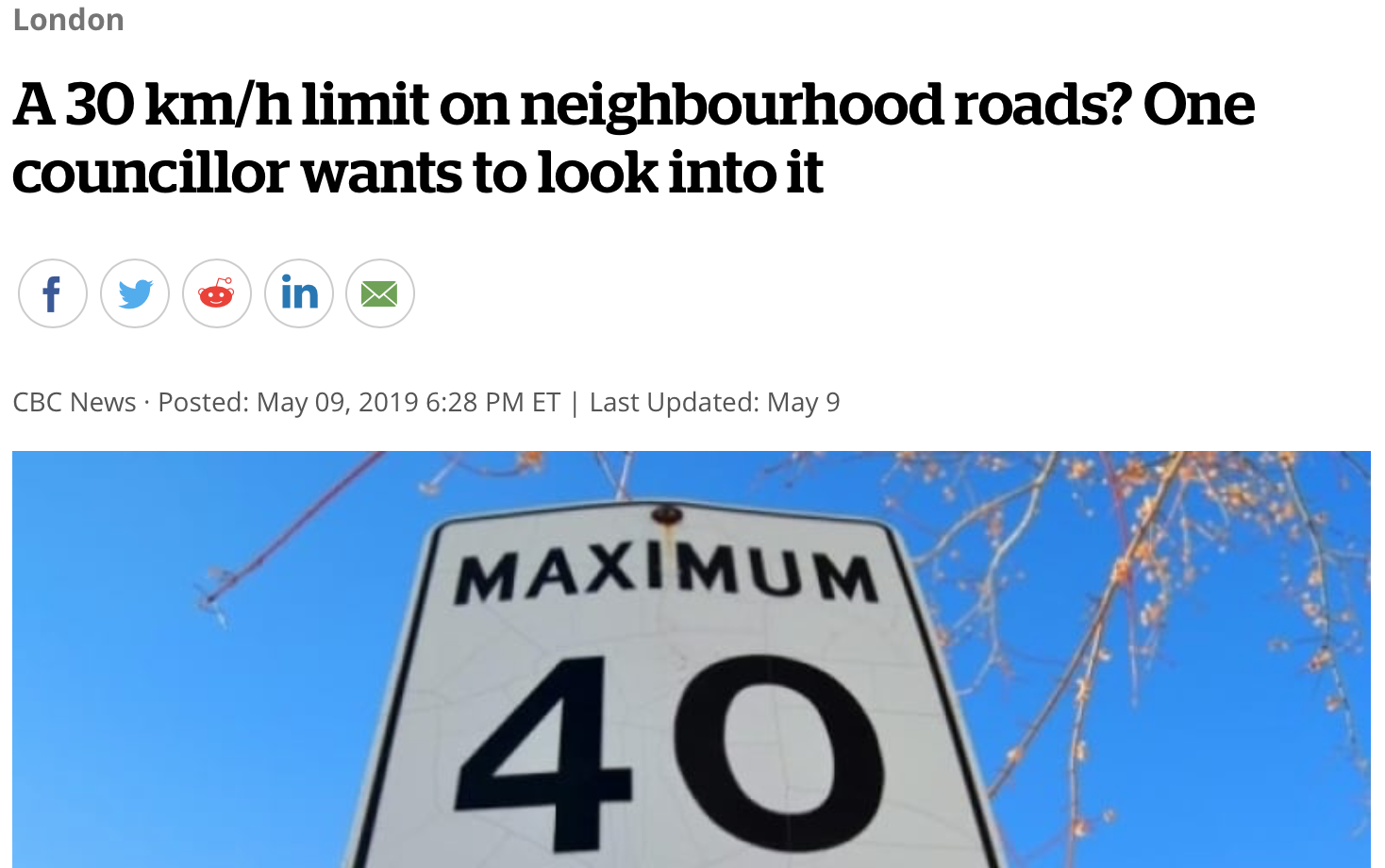 With the city set to look at lower speed limits on neighbourhood streets, one London councillor says he's in favour of considering limits as low as 30 kilometres an hour.

Ward 11 Coun. Stephen Turner worked for 10 years as a paramedic on London streets. During that time, he saw his share of vehicle vs. pedestrian and vehicle vs. cyclist injuries. Many of the victims suffered fatal or life-changing injuries.

"Those collisions can cause a lot of damage," said Turner.

On Tuesday the city's civic works committee will receive a report that directs the staff to study the creation of an area speed limit policy.

Right now, speed limits on city roads are 50 km/h unless otherwise posted. But recent changes to provincial legislation allow municipalities to change the default speed limits in certain areas of the city. Council passed a resolution last year to set speed limits at 40 km/h or lower for community safety zones and school zones.

But Turner says there are clear benefits to lower speed limits. He points to research in the report that shows a direct link between speed and pedestrian fatalities in collisions.

For example in a collision with a vehicle travelling at 50 km/h, the risk of a fatal pedestrian injury is 70 per cent. If the speed drops by just 10 km/h, the fatality risk drops to about 30 per cent.

"This is something we need to be taking a look at," said Turner. "One complaint we consistently hear from our constituents is speeding through their neighbourhoods. They're looking for traffic calming, they're looking for speed reductions."

But 30 km/h outside of school zones?

"My personal perspective is I'd like to see 30 but I think it's also really important that we listen to the community and to hear if there's arguments that I haven't considered."

"I'd push back on that a bit," he said. "And say 'Well, we don't necessarily know how many collisions are associated with speed limit infractions or people going the speed limit at the time.'"

Turner says the perception of speed on a road can change people's perspective of that street. With slower traffic, parents are more likely to let their kids play on the lawn. But if cars race by, the street becomes less attractive to buyers.

Another benefit he sees is that slower speed limits may reduce so-called "cut through traffic," that's when drivers use residential streets as a shortcut, particularly when larger arterial roads are congested.

The report will come before the city's civic works committee on Tuesday and calls for a public participation meeting to be held so the public can have their say.