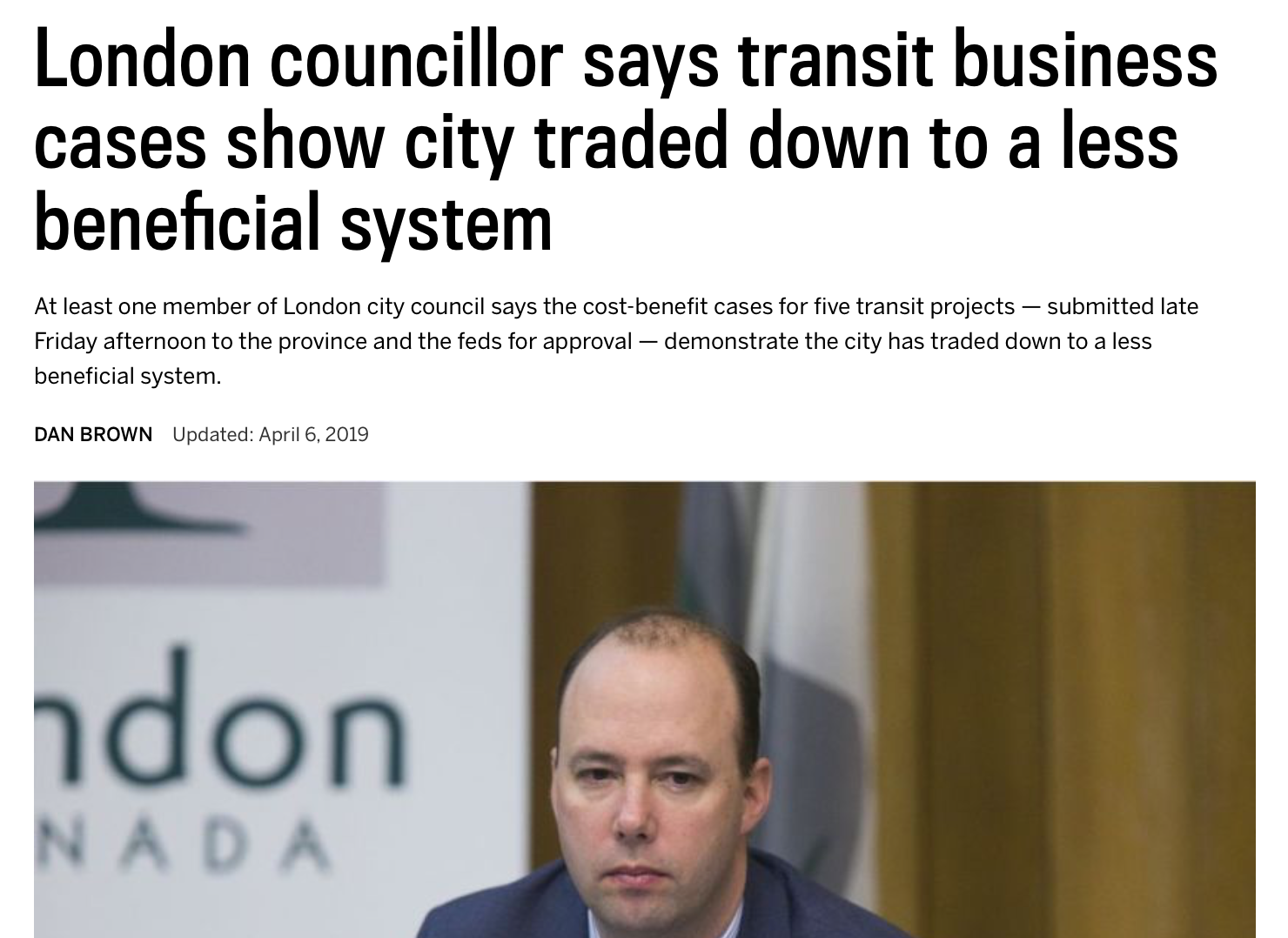 At least one member of London city council says the cost-benefit cases for five transit projects — submitted late Friday afternoon to the province and the feds for approval — demonstrate the city has traded down to a less beneficial system.

“I think we had a significant opportunity. I think that was an opportunity lost,” he added, saying the city will have to make the best of the improvements it can get funded.

Five projects were submitted Friday for approval, with five more to come of the 10 council decided to move forward with.

The five submitted projects are the downtown loop and the eastern and southern legs of bus rapid transit (BRT), intelligent traffic signals and active transportation features for the Adelaide Street underpass.

“The overall efficiency of the project is diminished compared to the original case (for BRT),” said Turner, a supporter of the original plan.

The original BRT proposal had a cost-benefit ratio of $1.18 — that’s the ratio for each dollar spent compared to the value of the internal and external benefits.. The current iteration is valued at only $1.03.

MacRae said London is the first community to submit its cases. There are another seven weeks to submit the remaining five projects.

“To be considered, projects had to demonstrate they could improve the capacity of public transit infrastructure, the quality and/or safety of transit or access to public transit,” the city explains on its website. “The projects being brought forward to funding consideration include elements of rapid transit, intersection improvements, and enhanced cycling and active transportation connections.”

“London has been known for making good project submissions and I’m quite proud of these,” MacRae said.

“Suffice to say, that we’ve been working hard since early March in preparing information about the projects,” he added.

MacRae said nothing should be made of the order in which the projects are submitted — the first five were merely the cases that staff could turn around the quickest.

Staff’s role now is to provide any additional information that may be requested by the upper levels of government. “We’ll answer any questions and support them that way,” he said.

Londoners can read the funding cases at London.ca/transitprojects.