Many of you may have been involved in consultations held over the past couple of years to rehabilitate The Green behind the Normal School. The Green has long been held close in our community as a focal point and gathering place where neighbours stroll lazily across its grass or families can kick a soccer ball around.  It has been the site of Gathering on the Green, Halloween in the Village, and open-air movies, to name but a few.

During public consultations on The Green’s future, over 1000 responses were submitted to an online survey, about 150 people attended three public meetings, opinions were sought from attendees at Gathering on the Green, and multiple presentations were given at meetings of the Old South Community Organization.

In the initial survey, residents were split between ‘do nothing’ and ‘do something’ and so City staff worked to consolidate the comments from the respondents to get a better sense of the community’s desires.  When the comments were reviewed, the theme emerged that people liked The Green the way it was but would be generally supportive of some small improvements.  People wanted the wide-open surface left as is, they wished for the soccer standards to remain, they didn’t want to see any trees removed, and most weren’t supportive of The Green becoming a heavily used event space.  Additionally, it was important to ensure that the heritage easement was respected and that accessibility was incorporated into any design so that everyone can equally experience the park at the centre of our neighbourhood.

Incorporating this feedback, city staff worked to come up with a design that reflected the desires of the community.  After several concepts were presented to the public, a final design was achieved that seemed to strike the balance of having minimal impact on The Green itself while providing enhanced accessibility and public amenities. This design has a meandering decorative concrete path along the eastern and northern perimeters with benches along its route.  The curves in the path were designed to reflect an esthetic similar to that of Victoria Park. Both the Ontario Heritage Trust and the London Advisory Committee on Heritage have also vetted this design.  The turf will be rehabilitated and the soccer standards will be retained.  Some of the recently planted trees along Marley Place will be relocated to allow placement of the path but no other trees will be removed.  After two years of consultation, work is now expected to commence this fall.

In all, these minor enhancements will ensure that The Green truly continues to a space that we all can enjoy for years to come. 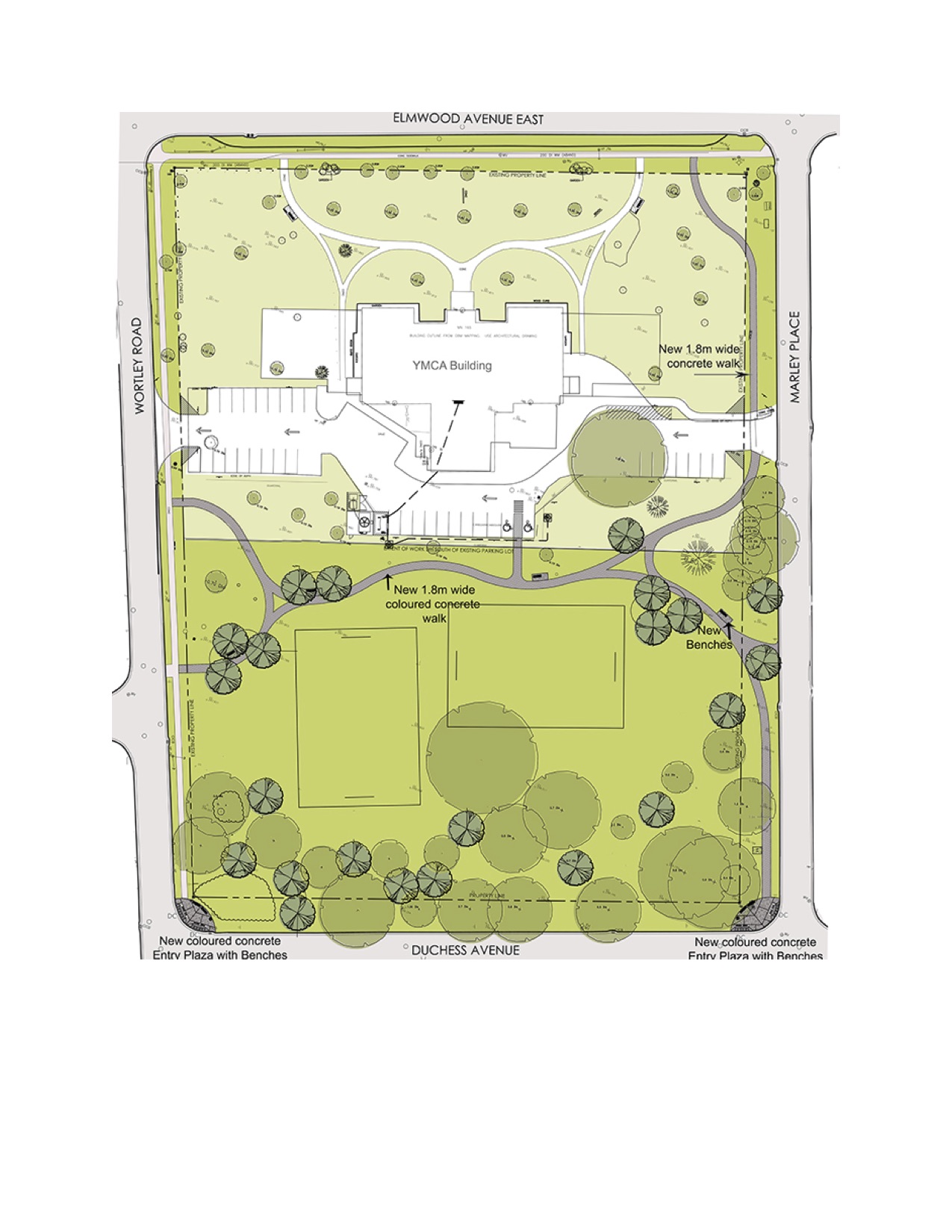